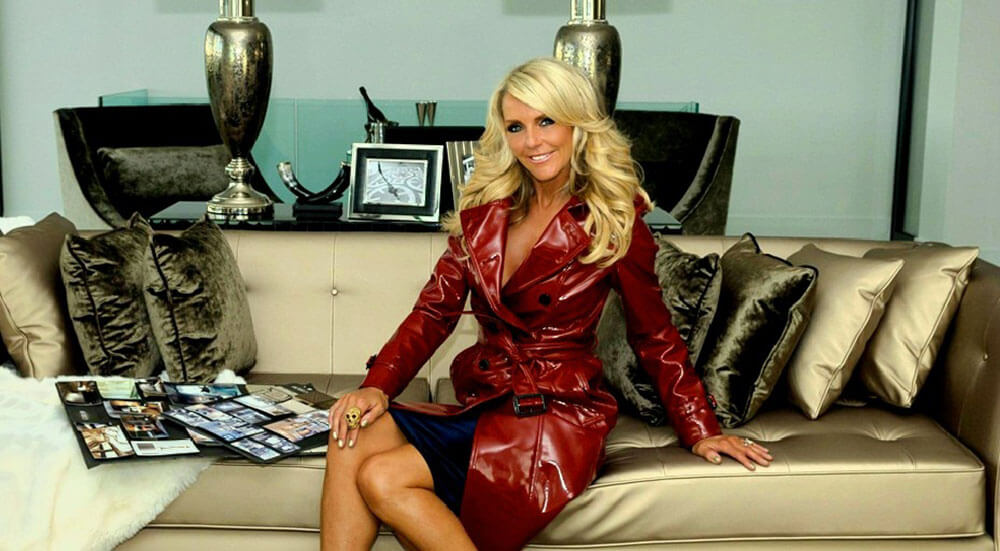 One of Elms Creative's more well-known clients Celia Sawyer continues to blossom in the world of interior design who is a local inspiration to many in and around the Bournemouth area, where she spent most of her childhood. Born in South London Celia Sawyer spent much of her youth on the south coast of England where she actually left school at age 15, with relatively few qualifications. Her early working life saw her gain experience in the field of dentistry as a dental nurse, whilst pursuing a modelling career which acted as the foundations of her experience with photography. Her first entrepreneurial move was establishing herself as a photographer’s agency, a business that allowed her skills to represent photographers by helping them find work in any campaigns in advertising.

Celia Sawyer then found her true calling when she turned to property investments and gained a reputation for her stunning interior design work. Her success has made her a self-made multi-millionaire.

She is the owner of Knightsbridge, an interior design company, Celia Sawyer Luxury Interiors. Most of the clientele seek high end luxury designs.

Celia Sawyer is also a property developer, acquiring an extensive portfolio of investments ranging from London to as far as the glamour and prestige of sunny Barbados. Celia has also sought to invest in several film projects and scripts development. Celia’s passion for arts and collectables has enabled her to build great contacts in the world of celebrity over the years where she is known as a dealer as well as a collector. Known to source the rarest and most beautiful objects, her expertise is always in high demand where she buys and sells for her extensive client base in sporting personalities, entrepreneurs and celebrities. 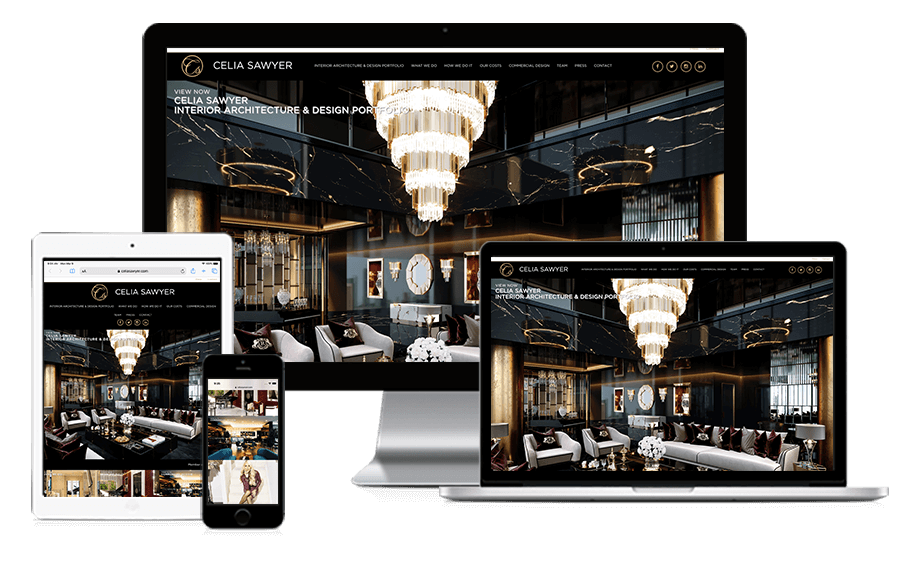 Advertising agency Elms Creative who redesigned the Celia Sawyer website in 2011 – www.CeliaSawyer.com, saw a fantastic opportunity to help showcase their client to the rest of the world. By completely revamping her website that would enable her business to compete with a sleeker more professional design that matched the ideology of her business, enabling her to challenge other fashion and interior design gurus in the marketplace.

Elms Creative who have been a successful advertising & design agency also originating in Bournemouth, specialise in graphic design advertising and branding. This well-established design agency who are also experienced in creating and pushing high end sites for other well-known celebrities such as Calum Best, Wayne Lineker, Curtis Dowling and Francis Boulle just to name a few celebrities the agency has on their portfolio. Elms Creative has had the pleasure in seeing this celebrity blossom and feature in many well-known publications from around the world. Publications such as Stay in Art in Innsbruck, Vienna, and Germany, Luxury Wellness magazines in India, International Property and Travel Magazine, Coveted and much more.

In 2012 Celia Sawyer became one of the four well known dealers in the television programme Four Rooms. Celia reveals the time she saw a Channel 4 advertisement asking viewers to send in any pictures of their cherished and vintage treasures that may appear on the programme. It is here that Celia Sawyer saw an opportunity to not just forward her collectables or objects of interest but rather putting herself forward as a collectable entrepreneur and emailed her own photograph to the producers of the show. This was to be a bold but highly advantageous move as the creators of the television programme saw an opportunity to have Celia help present the show and establish herself as an expert in the field of deals whereby she would bid, negotiate for the best possible price for the treasures that are on offer.

Since the success of Four Rooms, Celia Sawyer was also selected by the BBC to host a new factual prime-time, entertainment show which aired on BBC One entitled Your Home in their Hands, which aired in the winter of 2014. This programme aimed at observing amateur designers who took over people’s homes across the UK for that once in a lifetime make-over, which often involved a twist. The show deemed very popular with its audiences, bring in millions of viewers each week.

Celia Sawyer continues to be an inspiration for women across the UK and won the acclaimed title Inspiration for Women Award in 2013. Her charity work has seen her gain tremendous help for the charity Breakthrough Breast Cancer, she is also board advisor for the charity football for peace, an official ambassador for the British Heart Foundation, Prince's Trust, a patron for the Women's Refuge, Children’s Liver Disease Foundation, and recently awarded Global Goodwill Ambassador for humanitarian services.

Celia Sawyer Interior Architecture and Design starts its impressive 20th year, where designing luxury residential homes, aviation, super yachts, commercial properties and projects in the leisure industry in the U.K and worldwide. Celia is a member of the Society of British and International Interior Design and an official judge for the International Property Awards and the International Hotel Awards.

For more information on Celia’s work and future aspirations feel free to go to her website www.CeliaSawyer.com.